People from all sections of the community and all walks of life can suffer from irritable Bowel Syndrome (IBS).

Many suffer in silence, too embarrassed to seek assistance or support. If you suffer, you need to know that you are not alone. 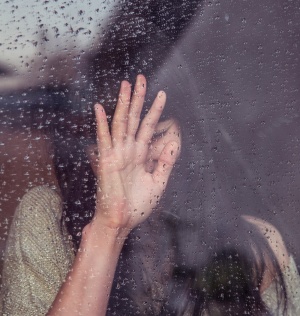 We are all very quick at passing of stomach discomfort a being caused by something that we ate, but if you regularly experience issues that lead to gas, constipation, or frequent diarrhea, then you may be looking at something bigger than an issue caused by your last meal. Irritable bowel syndrome (IBS) is an unpleasant ailment that can wreak havoc with the bowels, leaving you in some genuine pain and discomfort. There are several factors that can cause a flare-up in your IBS, some of which we will discuss in this piece, but the good news is that it is a condition that can be treated.

While IBS is quite common, we are still not entirely sure what causes it in the first place. One of the more common theories is that people who have particularly sensitive nerves in the bowels may end up having issues, but there are other contributing factors that may play a role in the condition. Stress, food intolerance, infections, and certain types of medicines are also believed to be triggers that could lead to the onset of irritable bowel syndrome.

For most people who suffer from IBS, the ailment tends to arrive when the patient is in their late teens or early 20's, and it can often arrive with no real warning. There are some people who suffer with the condition for years, believing that they have some sort of, as yet undiscovered, food allergy, when in fact the situation is a good deal more serious. As many as 1 in 5 Australians will suffer from IBS during their lifetime, with women more prone to the condition than men. Generally speaking, women are twice as likely to have to deal with IBS than their male counterparts, but again, little is known as to why this would be the case.

several symptoms to look out for with IBS

There are several symptoms to look out for with IBS, with the most common of those being a change in bowel habits accompanied by abdominal pain. You may feel bloated when you have IBS, but you may also find that passing gas or going to the bathroom will alleviate much of the discomfort that comes with it. Diagnosing IBS in women can be tough, especially since flare-ups tend to occur during menstruation, which is a time when women tend to feel abdominal discomfort anyway. In truth, it is hard to diagnose this ailment at any time, as there is no test for IBS. Doctors will usually need to run other tests in order to rule out ailments with similar symptoms.

Treating IBS usually requires the patient to undergo some lifestyle changes, such as changing to a healthier diet and switching from medications that may also be at the root of the problem. The good news with IBS is that it is not a sign of something more serious, such as cancer, and that it can usually be managed by simply making a few simple changes in your daily life. Talk to your doctor first before making changes to diet or medication.